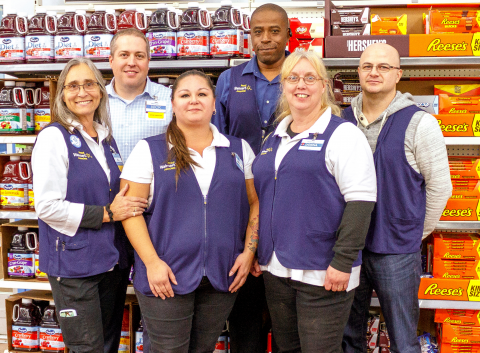 A tragedy was avoided on November 9th when a group of Walmart employees lifted a vehicle off of a woman in a Walmart crosswalk.

The woman, an 85-year-old longtime Citrus Heights resident who wished to remain anonymous, was walking across the crosswalk in front of the Walmart at 7010 Auburn Blvd. when a vehicle struck her, running over her chest and pinning her underneath.

Nic, a front-end manager at Walmart, was the first to respond and gathered a group of employees up front to help. At least five employees helped to lift the vehicle, and Christina, a Walmart accounting associate, and Xai, a Walmart asset protection associate, carefully pulled her out from underneath, talking to her and trying to help keep her calm throughout the ordeal.

The woman’s son, Russell, said that she suffered severe injuries, including a broken clavicle, a broken rib, a collapsed lung, and bleeding around the heart, but is expected to recover and is doing well.

“The hospital staff raved about what a tough lady she is and how cooperative she is,” said Russell. “She’s already up and walking and sitting in a chair.”

The Walmart employees who were involved in the rescue were also inspired by her perseverance. “We were impressed with how strong she was. Not a tear,” said Nick Gonnella, a Walmart manager who was on-scene as the accident occurred.

In total, twelve employees assisted in getting help to the woman. She is expected to recover—thanks to the quick thinking and heroic actions of the employees of Walmart.