To Honor Their Sacrifice 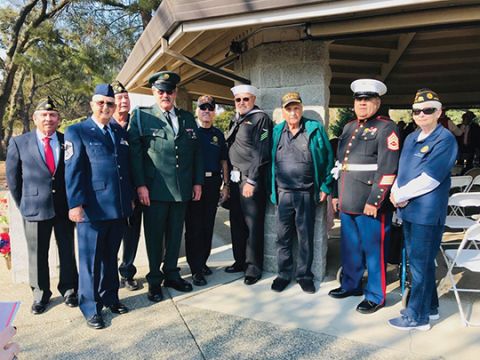 CITRUS HEIGHTS, CA (MPG) - The eleventh hour of the eleventh day of the eleventh month 1918 – an armistice, or temporary cessation of hostilities, was declared between the Allied nations and Germany in the First World War.  Since no one knew that there would be a sequel in 20 years, it was known as “the Great War” or the war to end all wars but didn’t have a number. Commemorated as Armistice Day beginning the following year, November 11th became a legal federal holiday in the United States in 1938.

In the aftermath of World War II and the Korean War, Armistice Day became Veterans Day, a holiday dedicated to American veterans.  Unlike Memorial Day, it was not intended to just remember those that fell in battle.  Instead it was a day to recognize all those men and women that have served over the course of 241 years of this nation’s existence.

Whether the service was in war time or peace time or in foreign countries or at home, the Veteran would be recognized on this day.  The veteran knows not what the situation will be when they sign the bottom line and raise their right hand and promise to support and defend the constitution.  Peace time quickly can become war time.

The ceremony begins at 10:30 with a march through the historical section of the cemetery, stopping briefly at each flag station to read a prayer and salute the flag.  The men marching include the American Legion and American Legion Auxiliary, VFW, Sons of Union Veterans of the Civil War, Sons of the American Revolution, Boys Scout troop 228, Police Officers of the Citrus Heights Police Department and all others that wish to march.  This march will last about 30 minutes.  The march will conclude at the gazebo where there will be a one hour ceremony.  Many of the men marching will be in uniform – past and present – from American Revolution to modern day.

Please plan to attend and bring the family. Plan to arrive early, as parking is available throughout the grounds and it may take you a few minutes to reach the ceremony area.